German plastics packaging manufacturers have given their views on current economic trends at the beginning of the new year and delivered a very positive assessment.

Around 90 percent of companies questioned rate the current economic situation as good. This is a significant rise in the percentage of confident views compared to the beginning of 2017 when 70 percent of IK members rated the economic environment as “good”. Survey respondents also rated their own sales expectations more positively for the first quarter of 2018. Only their assessment of export development remains much the same as 2017. Almost 60 percent of companies also expect higher raw materials prices which could affect the price development of plastics packaging. The profit situation, however, remains tense. 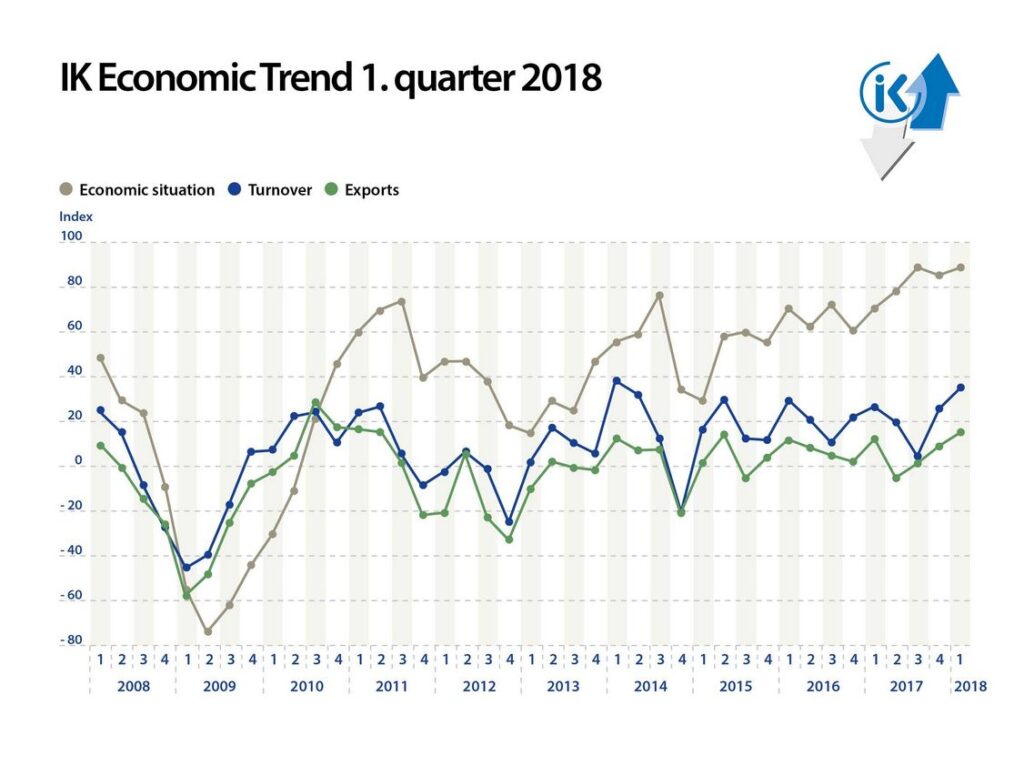 All in all, the results of the IK economic trends survey for the first quarter of 2018 show a renewed increase in expectations among companies after the two previous years had delivered above-average results. “This promising forecast should not obscure the fact that Germany as an economic location is faced with growing threats,” said Ulf Kelterborn, General Manager of IK (German plastics packaging industry association), commenting on the current results.

Besides the still unresolved problem of high electricity costs, Germany now needs to prepare for even stronger international tax competition. The corporate tax cuts in the USA have led to calls for corresponding tax reforms from China and other industrial nations. The effective tax burden for companies in Germany of over 28 percent is already too high comparatively and urgently needs to be corrected.

The IK sees other locational risks in the increasing skills shortage and in the spatial and digital infrastructure. These factors could worsen and hinder growth faster than expected. A viable government needs to make forward-looking decisions in this area as soon as possible.