The Plastic Packaging Industry’s Path to a Circular Economy

The European Green Deal and thus also the circular economy will be a decisive pillar of European politics in the coming years. In its action plan of 11 March 2020, the European Commission outlined the concrete measures that can be expected from the political side in the field of circular economy. The German plastics packaging association IK and the French partner association Elipso have closely examined and evaluated the Commission’s announcements with regard to plastic packaging. The result is a joint statement of the French and German plastic packaging industry.

A functioning circular economy – that is, the collection, sorting and recycling – of plastic packaging is also the aim of industry and trade, and consumers also expect recycling to be expanded. With 1 million tonnes of recycled material and 90% recyclability, the German plastic packaging industry has set itself ambitious targets for the year 2025. 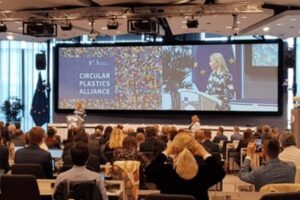 With the signing of the declaration in Brussels, all participants reaffirm the EU Commission’s goal of using ten million tonnes of recycled plastic in new products by 2025 and send a strong signal in the direction of a recycling economy.

Far-reaching structural change in the supply of raw materials

The change from a linear to a circular, resource-optimized and climate-neutral economy implies a profound structural change in the supply of raw materials. The plastic packaging industry has set itself ambitious targets for the circular economy that are in line with the Commission’s requirements.

The plastic packaging industry in Europe is contributing to this change through innovation and investment in sustainable packaging designs and manufacturing processes aimed at closing material cycles, and through collaboration in value chain initiatives such as the Circular Plastics Alliance. To achieve this, industry needs clear objectives, legal certainty and reliable framework conditions from politicians.

The circular economy must also remain a market economy

However, some of the measures announced in the Action Plan, such as the EU plastic levy, product bans and detailed legal regulations for packaging design, are disproportionate and sometimes discriminatory market interventions, which lead to great uncertainty and hold back investment in the plastic packaging market. In this context, it should be unmistakable: The circular economy must remain a market economy, not only in order to ensure prosperity and quality of life in Europe, but also to be able to achieve the defined goals safely and efficiently. The change to a circular economy must be achieved through market-oriented measures such as transparent financial incentives that leave the greatest possible scope for fair competition for the best solution.

The joint statement is primarily aimed at political decision-makers within the EU, Germany and France, but also at economic stakeholders. 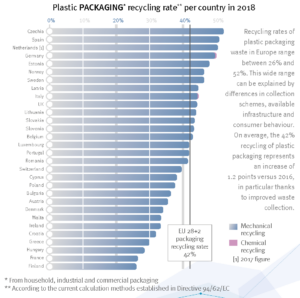